64 Second Chances Quotes That Will Inspire You To Try Again

Thought of the Day 11 Comments 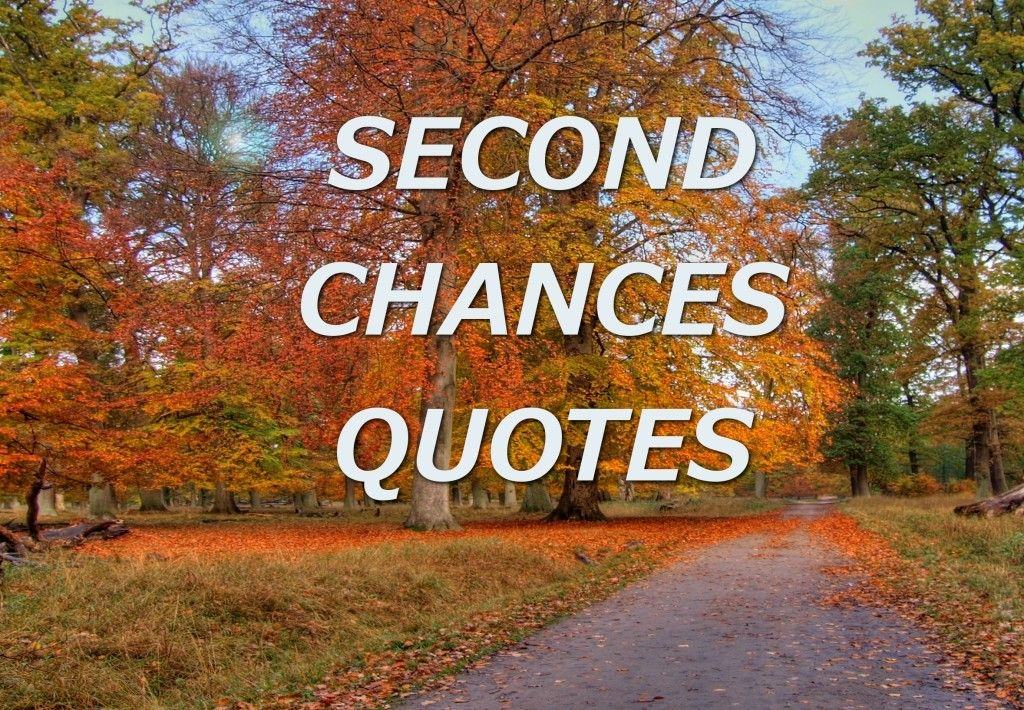 We all need second chances.  Me, I’m on my 1000th 2nd chance right now.  The key is to not get discouraged.  These 64 quotes are here to help you with that.

They’re conveniently organized by GOOD, BETTER, BEST. This way, you can save time reading only the “best” ones: (of course, this is just my own opinion!) 🙂

A lifetime isn’t forever, so take the first chance, don’t wait for the second one! Because sometimes, there aren’t second chances! And if it turns out to be a mistake? So what! This is life! A whole bunch of mistakes! But if you never get a second chance at something you didn’t take a first chance at? That’s true failure. -C. JoyBell C.

Every moment of your life is a second chance. -Rick Price

I don’t buy the idea of a second chance. With hope we make a lot of chances. -Toba Beta

If you are still breathing, you have a second chance. -Oprah Winfrey

If you have made mistakes, even serious ones, there is always another chance for you. What we call failure is not the falling down but the staying down. -Mary Pickford

Not everyone gets a second chance. If you do get one, take advantage of it because it’s a gift, and it may be something better than you had before! -Nishan Panwar

Opportunities multiply as they are seized. -Sun Tzu

Opportunity dances with those who are already on the dance floor. -H. Jackson Brown Jr.

Opportunity rarely knocks on your door. Knock rather on opportunity’s door if you ardently wish to enter. -B. C. Forbes

Take chances, make mistakes. That’s how you grow. Pain nourishes your courage. You have to fail in order to practice being brave. -Mary Tyler Moore

There’s nothing as exciting as a comeback–seeing someone with dreams, watching them fail, and then getting a second chance. -Rachel Griffiths 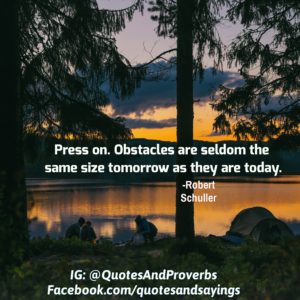 Whatever problems we had back then don’t exist anymore. It’s why we have this second chance, and we can’t throw it away. -Michelle Maddow

I have become convinced that God thoroughly enjoys fixing and saving things that are broken. That means that no matter how hurt and defeated you feel, no matter how badly you have been damaged, God can repair you. God can give anyone a second chance. -Melody Carlson

When you cannot make up your mind between two evenly balanced courses of action, choose the bolder. -W. J. Slim

THE BETTER (than good) QUOTES:

Chance favors only those who court her. -Charles Nicolle

Every second we have a second chance to do something we haven’t done yet. That’s why it’s called a second and not a first.  -Robert J. Braathe

I want the world to know that everybody deserves a second chance.  -El Debarge

Let Tomorrow be your second chance to prove that you are better than today and yesterday. -Ritu Ghatourey

Life always offers us a second chance. It’s called tomorrow. So don’t give up against adverse circumstances and keep fighting. -Anurag Prakash Ray

Maybe that’s why there are grandkids, a second chance to get it right. -Terri Haynes Roach

Second chances do come your way. Like trains, they arrive and depart regularly. Recognizing the ones that matter is the trick. -Jill A. Davis

To take that second chance, we need to notice where we are and be open to the possibility of growing. -Holly Elissa Bruno

Tomorrow when I awaken, the slate will be clean, and a new day will stretch before me. God’s mercies are new every morning. -Lori Hatcher

We’re given second chances every day of our life. We don’t usually take them, but they’re there for the taking. -Andrew M. Greeley

Without failing at one thing, there won’t be an opportunity to try again, learn and grow. Life isn’t static but dynamic. Learn to embrace whatever situation you may face and strive to overcome. Believe in yourself, knowing your best is yet to come. -Kemi Sogunle

If somebody is gracious enough to give me a second chance, I won’t need a third. -Pete Rose

[When it comes to God] We can’t run out of second chances…only time. -Robin Jones Gunn

A man deserves a second chance, but keep an eye on him. -John Wayne

A second chance doesn’t mean anything if you didn’t learn from your first. -Anurag Prakash Ray

Because this is what I believe – that second chances are stronger than secrets. You can let secrets go. But a second chance? You don’t let that pass you by. -Daisy Whitney

But second chances aren’t forever. Even miracles have an expiration date. -Robyn Schneider

Chance is always powerful. Let your hook be always cast; in the pool where you least expect it, there will be a fish. -Ovid

Every second a seeker can start over, For his life’s mistakes Are initial drafts And not the final version. -Sri Chinmoy

Everyone has a past. I have mine, you have yours, and we have ours. No matter what it takes, I will prove to you that our past, no matter how hurtful, didn’t ruin the future we could have. -Melissa Foster

Faith and doubt both are needed – not as antagonists, but working side by side – to take us around the unknown curve. -Lillian Smith

Having a second chance makes you want to work even harder. -Tia Mowry

I believe in second chances, but I don’t believe in third or fourth chances. -Selena Gomez

I mean, we all need a second chance sometimes. -Joel Osteen 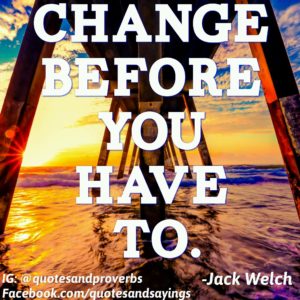 I will forever believe in second chances and forgiveness, because if it weren’t for those two things I would and should be dead. -Dedrick D. L. Pitter

If you ever get a second chance in life for something, you’ve got to go all the way. -Lance Armstrong

Our God of Grace often gives us a second chance, but there is no second chance to harvest a ripe crop. -Kurt Von Schleicher

People aren’t always what you want them to be. Sometimes they disappoint you or let you down, but you have to give them a chance first. You can’t just meet someone and expect them to be everything you’re looking for and then be angry when they’re not every hope and aspiration you projected onto them. It’s foolish to believe that someone will be what you imagine them to be. And sometimes, when you give them a chance, they turn out to be better than you imagined. Different, but better. -Chloe Rattray

People do make mistakes and I think they should be punished. But they should be forgiven and given the opportunity for a second chance. We are human beings. -David Millar

Sometimes life gives you a second chance, or even two! Not always, but sometimes. It’s what you do with those second chances that counts. -Dave Wilson

Thank God you are still alive for many have died and are dying as I speak. You still have the opportunity to change and make things right whilst those that have died wish for that second chance. -Aleksandr Sebryakov

That’s the thing about life. You don’t always get a second chance and there are no guarantees. Love is the only thing that really matters. -Linda Becker

The crisis of today is the joke of tomorrow. -H. G. Wells

There is no going back in life, no return, no second chance. I cannot call back the spoken word or the accomplished deed. -Daphne Du Maurier

There’s a crack in everything.  That’s how the light gets in. -Leonard Cohen

They say everyone needs a second chance. I am willing to give you one provided you are ready to accept it. -Nidhi Saini

This has been my life. I have found it worth living, and would gladly live it again if the second chance were offered me. -Burtrand Russell

Trust only movement. Life happens at the level of events, not of words. Trust movement. -Alfred Adler

We all deserve second chances, but not for the same mistake. -Thabiso Owethu Xabanisa

We all have big changes in our lives that are more or less a second chance. -Harrison Ford

We all make mistakes, everybody should be given a second-chance. -Lailah Gifty Akita

Do you regularly need “second chances”?  Have you made some mistakes or failed at something that now require you to ask for a second chance?  Please share your thoughts below.

Or click here for more of my quotes and sayings pages.  If you want some more Second Chance Quotes, you can find a few more here, here or here.

Lastly, if you enjoyed this page of mine, could you please take 5 seconds and share it out via the social sharing buttons?  It’s a small thing for you, but a HUGE thing for me.  Please help me get these positive words spread out.  Or do the ULTIMATE: Link to me via your blog or website.  That’s the biggest compliment you could ever give.  Thanks in advance. 🙂  -Shawn

154 of the Best Inspirational Quotes and Sayings