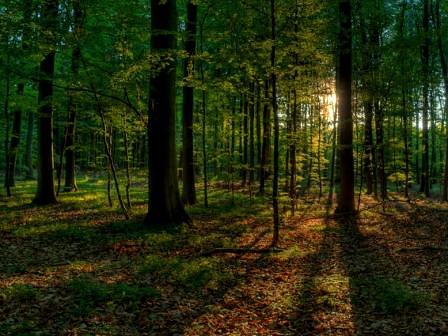 Change.  Embrace change.  Change is good.  Since it’s so good, I have 15 quotes on change to share with you.  Enjoy!

Update: I have a ton more change quotes to add…so that’ll teach me to make blog titles with a number in them!  There are no longer 15 quotes here; there are now 55!!

1) You must be the change you wish to see in the world. -Mahatma Gandhi

2) One cannot manage change, one can only be ahead of it. -Peter Drucker

3) We must either find a way or make one. -Hannibal

4) Great changes are easier than small ones. -Francis Bacon

6) Education is the most powerful weapon you can use to change the world. -Nelson Mandela

8 ) If you have always done it that way, it’s probably wrong. -Charles Kettering

9) If you always do what you’ve done, you will always get what you’ve always got. -Ed Foreman

10) The only completely consistent people are dead. -Aldous Huxley

11) Some men look at things the way they are and ask why? I dream of things that are not and ask why not? -George Bernard Shaw (I think this one isn’t exact; I think it’s been paraphrased)

12) Progress is a nice word. But change is its motivator. And change has its enemies. -Robert Kennedy

13) When one door closes, another opens; but we often look so long and so regretfully upon the closed door that we do not see the one that has opened for us. -Alexander Graham Bell

14) The world hates change yet it is the only thing that has brought progress. -Charles Kettering

15) Consider how hard it is to change yourself and you’ll understand what little chance you in trying to change others. -Jacob M. Braude

17) You cannot expect to achieve new goals or move beyond your present circumstances unless you change. -Les Brown

22) He who rejects change is the architect of decay. The only human institution which rejects progress is the cemetery. -Harold Wilson (1916-1995)

24) We live in an era when rapid change breeds fear, and fear too often congeals us into a rigidity which we mistake for stability. -Lynn White

26) Change the changeable, accept the unchangeable, and remove yourself from the unacceptable. -Denis Waitley

27) Turbulence is a life force. It is opportunity. Let’s love turbulence and use it for change. -Ramsay Clark

29) The great person is ahead of their time, the smart make something out of it, and the blockhead, sets themselves against it. -Jean Baudrillard

30) Two basic rules of life: 1. Change is Inevitable 2. Everyone Resists Change. Remember this: When you are through changing…you’re through. -Unknown

31) Change is imminent! We must enthusiastically embrace it, manage it, and craft it to our advantage. -Steve Craft

32) Goals allow you to control the direction of change in your favor. -Brian Tracy

33) Nothing that I can do will change the structure of the universe. But maybe, by raising my voice I can help the greatest of all causes — goodwill among men and peace on earth. -Albert Einstein (1879-1955)

34) You will suddenly realize that the reason you never changed before was because you didn’t want to. -Robert H. Schuller

36) Remember, no human condition is ever permanent. Then you will not be overjoyed in good fortune nor too scornful in misfortune. -Socrates (BC469-399)

37) Risk always brings its own rewards: the exhilaration of breaking through, of getting to the other side; the relief of a conflict healed; the clarity when a paradox dissolves. -Marilyn Ferguson

39) Those interested in perpetuating present conditions are always in tears about the marvelous past that is about to disappear, without having so much as a smile for the young future. -Simone De Beauvoir (1908-1986)

40) Some people change their ways when they see the light, others when they feel the heat. -Caroline Schoeder

41) One must never lose time in vainly regretting the past nor complaining against the changes which cause us discomfort, for change is the very essence of life. -Anatole France (1844-1924)

42) One of the prevailing sources of misery and crime is in the generally accepted assumption, that because things have been wrong a long time, it is impossible they will ever be right. -John Ruskin (1819-1900)

43) It is only through labor and painful effort, by grim energy and resolute courage, that we move on to better things. -Theodore Roosevelt (1858-1919)

45) I am not called upon or expected to change any world except the one at the end of my fingertips. -Richard F. Schubert

47) Winners must learn to relish change with the same enthusiasm and energy that we have resisted it in the past. -Thomas J. Peters

48) Life is a petty thing unless it is moved by the indomitable urge to extend its boundaries. -Jose Ortega Y Gasset (1883-1955)

49) After you’ve done a thing the same way for two years, look it over carefully. After five years, look at it with suspicion. And after ten years, throw it away and start all over. -Alfred Edward Perlman

51) A wise man changes his mind, a fool never will. -Spanish Proverb

52) You will never change your life until you change something you do daily. -Mike Murdock

Wow, some of these are so good that I/we/you should be writing them down and stick them up around the house!  So…which ones do you like?

Do you have any to add to this list?  Please leave your comments down below.  Thanks!