Thought of the Day 2 Comments 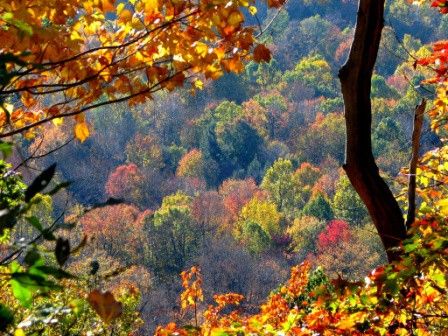 Today’s topic is mediocrity…which I admit isn’t the most positive or inspirational topic.  But it serves its purpose in helping us decide how we want to live our lives.

When small men attempt great enterprises, they always end by reducing them to the level of their mediocrity. -Napoleon Bonaparte (1769-1821)

The world’s made up of individuals who don’t want to be heroes. -Brian Moore

There are certain things in which mediocrity is intolerable: poetry, music, painting, public eloquence. What torture it is to hear a frigid speech being pompously declaimed, or second-rate verse spoken with all a bad poet’s bombast! -Jean De La Bruyere (1645-1696)

If these quotes aren’t doing it for you, look up my big list of the best inspirational quotes here.

Mediocrity is self-inflicted and genius is self-bestowed. -Walter Russell

The highest order of mind is accused of folly, as well as the lowest. Nothing is thoroughly approved but mediocrity. The majority has established this, and it fixes its fangs on whatever gets beyond it either way. -Pascal

Nothing in the world is more haughty than a man of moderate capacity when once raised to power. -Wessenburg

The boy gathers materials for a temple, and then when he is thirty, concludes to build a woodshed. -Henry David Thoreau (1817-1862)

One would like to be grand and heroic, if one could; but if not, why try at all? One wants to be very something, very great, very heroic; or if not that, then at least very stylish and very fashionable. It is this everlasting mediocrity that bores me. -Harriet Beecher Stowe (1811-1896)

All good is hard. All evil is easy. Dying, losing, cheating, and mediocrity is easy. Stay away from easy. -Scott Alexander

Minds of moderate caliber ordinarily condemn everthing which is beyond their range. -Rochefoucauld

Some men are born mediocre, some men achieve mediocrity, and some men have mediocrity thrust upon them. -Joseph Heller

There is nothing so useless as doing efficiently that which should not be done at all. -Peter F. Drucker

Nothing is as approved as mediocrity, the majority has established it and it fixes it fangs on whatever gets beyond it either way. -Blaise Pascal (1623-1662)

The general tendency of things throughout the world is to render mediocrity the ascendant power among mankind. -John Stuart Mill (1806-1873)

The art of putting into play mediocre qualities often begets more reputation than is achieved by true merit. -Rochefoucauld

Mediocrity can talk; but it is for genius to observe. -Disraeli

So, what did you think of these quotes?  Any really jump out to you?  Please tell us your favorites in the comment section below.

Smile as an Investment