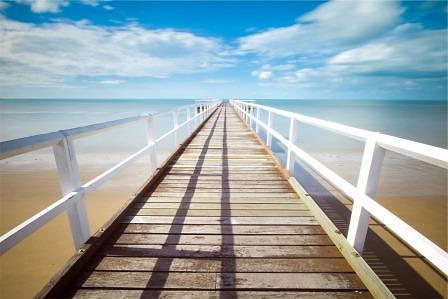 Men seem neither to understand their riches nor their strength. Of the former they believe greater things than they should; of the latter, less. -Francis Bacon

The strength of a man consists in finding out the way God is going, and going that way. -Henry Ward Beecher (1813-1887)

Strength is a matter of a made up mind. -John Beecher

Although men are accused of not knowing their own weakness, yet perhaps few know their own strength. It is in men as in soils, where sometimes there is a vein of gold which the owner knows not of. -Jonathan Swift (1667-1745)

Strength is the capacity to break a chocolate bar into four pieces with your bare hands…and then eat just one of the pieces. -Judith Viorst

Take time to deliberate; but when the time for action arrives, stop thinking and go in. -Andrew Jackson (1767-1845)

Greatness lies not in being strong, but in the right using of strength. -Henry Ward Beecher

In the assurance of strength there is strength; and they are the weakest, however strong, who have no faith in themselves or their powers. -Christian Bovee

I’ve never been one who thought the good Lord should make life easy; I’ve just asked Him to make me strong. -Eva Bowring

Few men during their lifetime come anywhere near exhausting the resources dwelling within them. There are deep wells of strength that are never used. -Richard E. Byrd

Steel can be tempered and hardened, and so can men.  In this world of struggle, which was not designed for softies, a man must be harder than what hits him.  Yes, he must be diamond-hard. Then he’ll not be fed up with his little personal troubles. -Herbert N. Casson

At times to think of one’s outer helplessness is good, but to think always of one’s inner strength is infinitely better. -Sri Chinmoy

All the strength and force of man comes from his faith in things unseen. He who believes is strong; he who doubts is weak. Strong convictions precede great actions. -James Freeman Clarke

Live in terms of your strong points. Magnify them. Let your weaknesses shrivel up and die from lack of nourishment. -William Young Elliott

There is nothing magnanimous in bearing misfortunes with fortitude, when the whole world is looking on….He who, without friends to encourage or even without hope to alleviate his misfortunes, can behave with tranquility and indifference, is truly great. -Oliver Goldsmith

Only strong natures can really be sweet ones; those that seem sweet are in general only weak, and may easily turn sour. -Francois de la Rochefoucauld

He who has injured thee was either stronger or weaker than thee. If weaker, spare him; if stronger, spare thyself. -Seneca

The wayside of business is full of brilliant men who started out with a spurt, and lacked the stamina to finish. Their places were taken by patient and unshowy plodders who never knew when to quit. -J.R. Todd