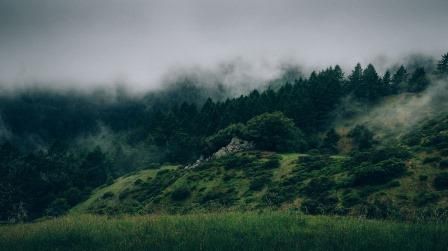 I collected these TALENT QUOTES for you because we always seem to be down on ourselves for our lack of natural ability.  These quotes should give you a fresh new way to look at your performance.  Enjoy:

1. Genius is the gold in the mine; talent is the miner that works and brings it out. -Marguerite Blessington

2. Don’t show off every day, or you’ll stop surprising people. There must always be some novelty left over. The person who displays a little more of it each day keeps up expectations, and no one ever discovers the limits of his talent. -Baltasar Gracian

4. Talent for talent’s sake is a bauble and a show. Talent working with joy in the cause of universal truth lifts the possessor to new power as a benefactor. -Ralph Waldo Emerson (1803-1882)

5. Each man has to seek out his own special aptitude for a higher life in the midst of the humble and inevitable reality of daily existence. Than this, there can be no nobler aim in life. -Maurice Maeterlinck

6. If a man can make typewriters better than anyone else, let us, in the name of common sense, keep him on the job of making typewriters. -William Feather

7. If the power to do hard work is not talent, it is the best possible substitute for it. -James A. Garfield

8. Those who are blessed with the most talent don’t necessarily outperform everyone else. It’s the people with follow-through who excel. -Mary Kay Ash (1918-2001)

9. To do easily what is difficult for others is the mark of talent. To do what is impossible for talent is the mark of genius. -Henri Frederic Amiel (1821-1881)

11. When I stand before God at the end of my life, I would hope that I would not have a single bit of talent left and could say, “I used everything you gave me.”. -Erma Bombeck

16. If you have a talent, use it in every which way possible. Don’t hoard it. Don’t dole it out like a miser. Spend it lavishly, like a millionaire intent on going broke. -Brenda Francis

17. Use what talent you possess: the woods would be very silent if no birds sang except those that sang best. -Henry Van Dyke

18. One well-cultivated talent, deepened and enlarged, is worth 100 shallow faculties. The first law of success in this day, when so many things are clamoring for attention, is concentration–to bend all the energies to one point, and to go directly to that point, looking neither to the right nor to the left. -William Matthews

19. As tools become rusty, so does the mind; a garden uncared for soon becomes smothered in weeds; a talent neglected withers and dies. -Ethel R. Page

20. Nature has concealed at the bottom of our minds talents and abilities of which we are not aware. -Francois de la Rochefoucauld

21. Great talents, such as honor, virtue, learning, and parts, are above the generality of the world, who neither possess them themselves, nor judge of them rightly in others; but all people are judges of the lesser talents, such as civility, affability, and an obliging, agreeable address and manner, because they feel the good effects of them, as making society easy and pleasing. -Chesterfield

22. Talent is always conscious of its own abundance, and does not object to sharing. -Aleksandr Solzhenitsyn

23. The luck of having talent is not enough; one must also have a talent for luck. -Hector Berlioz

24. A talent somewhat above mediocrity, shrewd and not too sensitive, is more likely to rise in the world than genius, which is apt to be perturbable and to wear itself out before fruition. -Charles Horton Cooley

25. The crowning blessing of life–to be born with a bias to some pursuit. -S.G. Tallentyre

26. Talent repeats; Genius creates. Talent is a cistern; Genius a fountain. Talent deals with the actual, with discovered and realized truths, analyzing, arranging, combining, applying positive knowledge, and in action looking to precedents; Genius deals with the possible, creates new combinations, discovers new laws, and acts from an insight into principles. Talent jogs to conclusions to which Genius takes giant leaps. Talent accumulates knowledge, and has it packed up in the memory; Genius assimilates it with its own substance, grows with every new accession, and converts knowledge into power. Talent gives out what it has taken in; Genius what has risen from its unsounded wells of living thought. Talent, in difficult situations, strives to untie knots, which Genius instantly cuts with one swift decision. Talent is full of thoughts, Genius of thought; one has definite acquisitions, the other indefinite power. -E.P. Whipple

Yes, I won’t blame you for not reading #26…but it is worth the time.  I’m not sure which of these quotes I like the most; what about you?  Which ones jump out at you?  If I’ve missed some good ones, please share them in the comment section below.  Thanks!